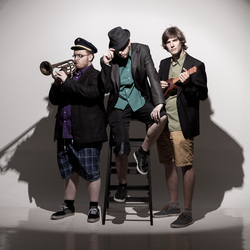 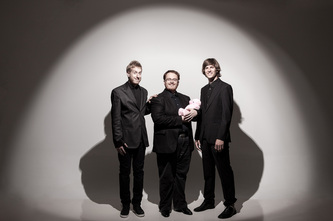 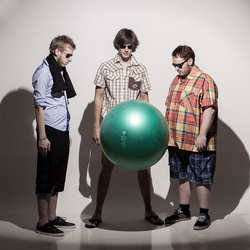 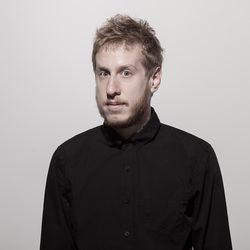 Peter Frankl is probably one of the most agile people you will ever meet. At first glance, he may seem like he doesnt even know how to tie his shoes, but when you see him on stage, you may find him oddly brilliant. In person, you will be embraced by his gentle artistic soul and his soft hands. You still have time to see him transform from a pun-cracker and a street poet into a performer's of more durable qualities. On the streets of Slovenia he goes under the moniker "50 Franks." 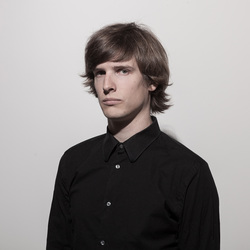 Vid is the golden boy of Slovenian improvisation, brought up in Kranj, spruced up in Ljubljana, perfected in Canada. With his sparkling ideas and stage congeniality, he has stood out ever since high school improvisational competition. His fellow Slovenians picked him for the best improviser several times in the national improvisational competition. The borders of our country are increasingly making him feel anxious, and as such, he is searching for improvisational challenges abroad - mainly Germany, Switzerland, France and the USA, where he teaches and plays in various international ensembles. In a conversation with you he is like a golden retriever - always listening and excited. But do not frighten him with germs - he spars with them often. 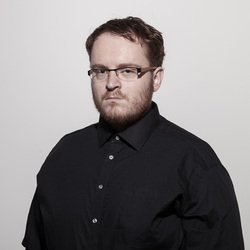 Juš Milčinski is a staple of Slovenian pop culture. Certainly one of the most prodigious improvisers of all time, as seen when he won the award for best newcomer in the national improv league already in his fourth year in high school. Since then, like a shiny silver excavator he spazzes wherever he goes and is in the upper echelon of slovenian improvisation. He loves american football, modern dance and Beirut. Oh, and he was a key factor in the evolution of Slovenian improvisational theatre. His nickname: The Revolution.